Contraception – Is it a harm or a benefit we really need? 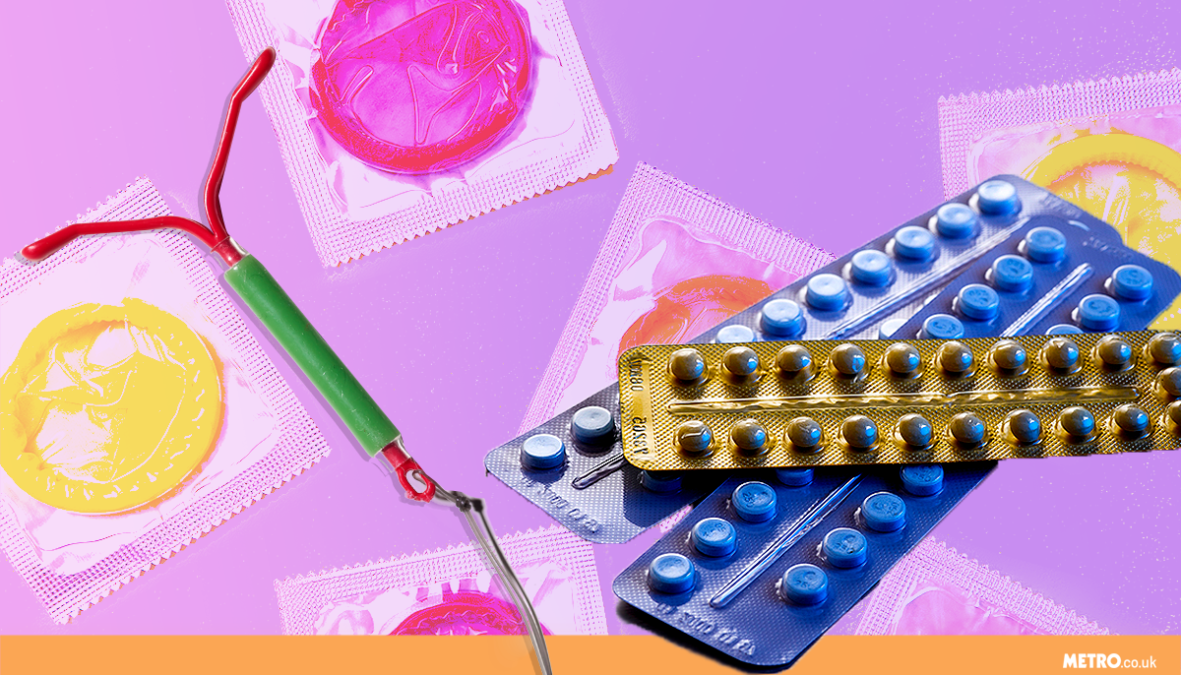 The contraception, or birth control, a process quite painful, now as it was before, no longer physically, but psychologically above all, is the constant effort of man to determine the time for the arrival of its descendants.

If we want to give a definition, we will say that it can be any action or measure that may be taken by one or both of the companions to prevent pregnancy.

It has created huge problems mainly for women who were obliged to follow a specific procedure each time to avoid the fertilization of the sperm.

The continuous search by the companies to find the safest method of contraception that would satisfy the family planning and would be a part of the design models perpetuating human kind was in the past and even now, a huge social and moral problem.

State and Church clashed repeatedly on the approval or rejection of the principle of contraception and birth control in general. Large religious schemes such as, the Catholic Church, reject the idea of any birth control even today.

A large number of methods and types of contraception have been tested or applied for thousands of years.

Ancient texts record herbal prescriptions to avoid conception. Plants such as lemongrass, willow and ivy are reported to exhibit sterilization properties when used as infusions. Natural substances could be applied to the genitals before or after sexual activity, creating a chemical barrier that could effectively neutralize sperm.

Substances could also form solid plugs, vaginal suppositories or regular suppositories that could be used by the woman and by introducing them to create a natural and chemical barrier.

Purification of the vaginal area, in earlier times with various solutions, is part of the ways to prevent the sperm fertilization.

An unwanted pregnancy or an unaccountable child has led to much more drastic measures such as abortion, infantile or abandonment.

In cultures such as those in Ancient Greece or Rome, there is evidence that unwanted children or those suffering from some disabilities were murdered in some cases.

One of the most common practices was, the abandonment of the newborn in predetermined places where it became a prey for wild birds or beasts or simply succumbed to hunger if it had not previously been seized by some persons for the purpose of selling it.

Nowadays, a wider survey is required for contraceptive methods controlled by the woman and which will protect her from sexually transmitted infections and birth control by men.

However, barriers to access to reliable contraception by women across the globe remain. 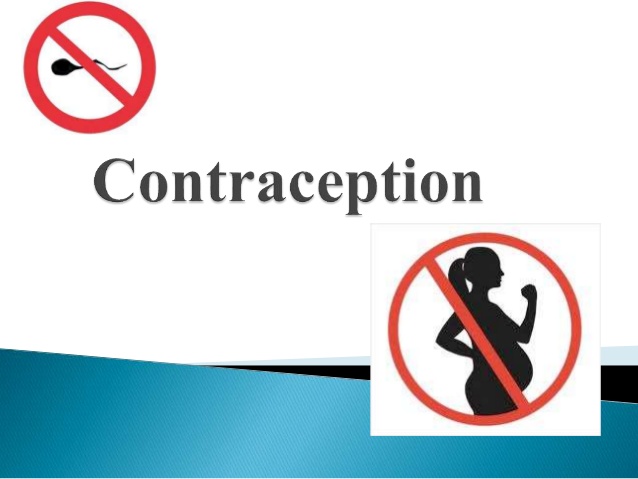 There are many different methods of contraception (birth control), but not all of them are appropriate.

The most appropriate method of birth control depends on the general health picture, the age, the frequency of sexual activity, the number of sexual partners, the desire to have a child in the future, and the family history of certain diseases.

An IUD or an IUD is a T shaped small coil inserted into the uterus to prevent pregnancy. The import is made by someone with a health and medical relevance. After a certain period of time, or when the woman no longer needs contraception, a similar person removes or replaces the coil.

The implants are implantable bars. Each rod has match size, is flexible and plastic. The method exhibits a failure rate of less than 0.5%. A skilled physician inserts the bar under the skin of the woman’s arm with surgery.

The rod releases progestin and can be implanted for about 5 years. 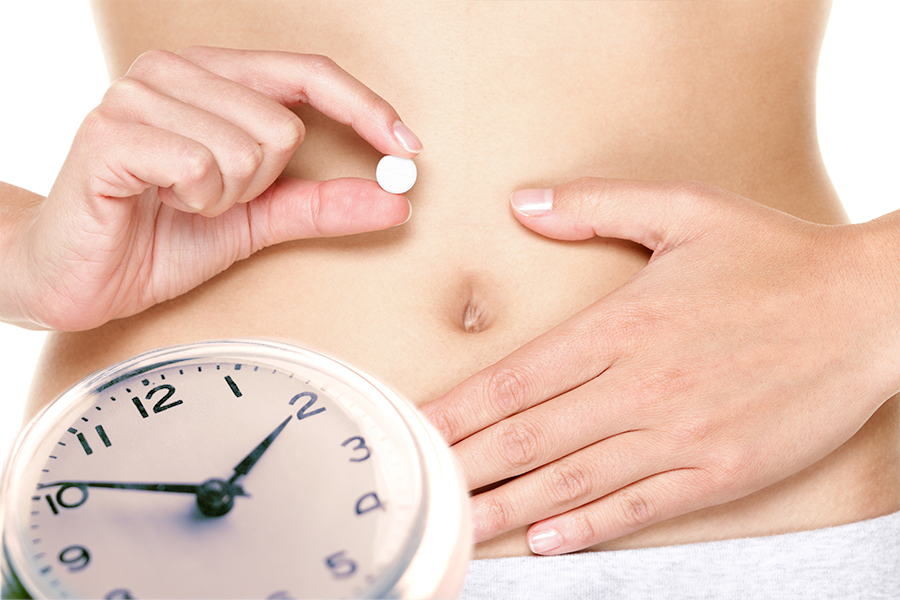 Hormone birth control methods are nothing more than the use of hormones that regulate or stop ovulation in order to prevent pregnancy. Ovulation is the biological process in which the ovary releases an egg, making it available for fertilization.

Hormones can be introduced into the body through different methods including pills, injections of transdermal patches, transdermal jellies, vaginal rings, endometrial systems and implantable bars.

Depending on the type of hormones used, these methods can prevent ovulation, thicken the cervical mucus, a procedure that helps to prevent sperm from approaching the egg. Or even thin the lining of the uterus. Specialists monitor and monitor hormonal contraception.

Short-term hormonal methods are effective if used in a perfect way, but typically their failure rate is between 7% and 9%.

Most patients using this method should consume meals rich in calcium and vitamin D, or take vitamin supplements during its lifetime.

The combined hormonal methods contain a synthetic estrogen and one of the many approved progestins. All products in the class operate by inhibiting ovulation and thickening of the cervical mucus.

Estrogen / progestin-associated pills may be marketed as pills, as pads, or as vaginal rings. However, combined hormonal methods involve some risks, such as blood clots, which are associated with the synthetic estrogen of the product.

Methods requiring a visit to a specialist include the following:

A diaphragm should be replaced after 1 or 2 years. Measurements should also be made to women after birth to use the exact type of diaphragm.

Emergency contraception can be implemented after a sexual act where no protective measures are taken, or if a condom breaks.

The sterilization is a permanent form of birth control that either prevents a woman from becoming pregnant, or prevents a man from releasing the sperm.

A specialist performs sterilization which involves surgery. These procedures are usually not reversible.

A sterile implant is a non-surgical method for permanently blocking the fallopian tubes. A thin tube is inserted through the vagina and into the uterus to place a flexible implant in each fallopian tube.

Connecting the Fallopian tubes. Surgical method in which a doctor cuts, bonds or seals the fallopian tubes. This process blocks the corridor between the ovaries and the uterus.

4. How to choose the best birth control method for you 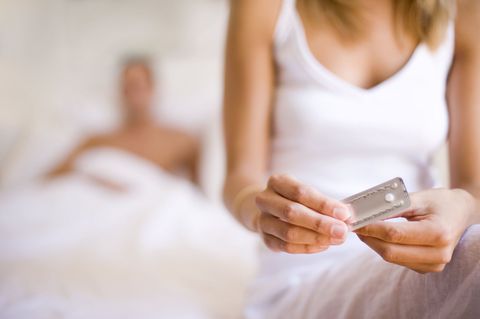 Birth control is not as we say a size fits all, not even that one size fits most of them.

So think about choosing it in the same way you think about a bra. So what works for your own unique body and way of life is not necessary to work for another person as well. There’s no choice that’s perfect, but there’s probably one that’s perfect for you. And this solution or option that works for you at this particular time, very likely will not work for your individual in 10 years.

So, as you would not go to a store and would not blindly buy any bra at the beginning, you should not assume that your doctor will know exactly which solution is right for you without some basic information.

With this in mind, we have written a guide to help you through a questionnaire to have some answers ready for your gynecologist to visit you about the method of contraception.

So follow the questionnaire and we think it will help you be as prepared as possible to talk to the expert and make the final decision.

1. Are you sexually active at the moment or are you planning to become active in the short term?

2. What methods of contraception did you use in the past?

3. What method of contraception could best suit your daily life?

4. Do you have specific medical reasons or situations that you suffer?

6. Do you suffer from migraines?

7. How is your period cycle?

8. Would you prefer to have periods omitted, or does that really scare you?

9. Do you have a personal or family history of blood clots?

10. Have you suffered in the past, or are you suffering from breast cancer at this time?

11. Do you have a family history of ovarian cancer?

12. Do you suffer from severe forms of depression or anxiety?

14. Do you have any mental problems or concerns?

15. What other medicines are you currently taking?

16. Would you prefer a complete non-hormonal method?

17. How would you act to minimize the risks of sexually transmitted diseases or HIV?

18. Would you like to get pregnant sometime during the next year?

So take a moment and get ready to give your gynecologist the information he needs for the selection he / she considers the most appropriate for you.

It is worth it. Believe me. And it is not a process that involves something simple. It concerns you and your future descendants. Be sure to behave as scientifically as possible.

And after choosing the method that suits you and the way you apply for it, think about it for a while.

Is contraception something good or something bad happening in our lives? And to which extent is it necessary?