Yoghurt: A medicine against the depression … and More!

Yoghurt : The “King” of Probiotics

We mentioned it many times, let’s repeat it once again. Nutrition has an important role for both our health and our look! Having a normal body weight is important for protecting ourselves from many serious diseases (such as obesity, diabetes mellitus, cancer, hypertension, cardiovascular disease and many others, which in some cases are fatal).

Nutrition and health experts suggest the consumption of probiotic products for smooth gastrointestinal functioning and optimal digestive function. This has – as expected – huge benefits in addition to health condition and ensures a good physical condition and a healthy body weight!

According to studies conducted at the University of the Netherlands in Leiden, people consuming specific probiotic bacteria tend to exhibit better mood levels and significantly smaller possibility of developing DEPRESSION!

What Are These Probiotic Bacteria and where are found?

These probiotic bacteria are called Lactobacillus and they are found in yogurt of live cultivation! According to scientists, there is a specific way that these bacteria can act as a catalyst to a person’s psychology and increase its mood.

(!!!): Experts emphasize the close relationship between the health of the gut (and in particular the microbial condition) and the mental health of a person! 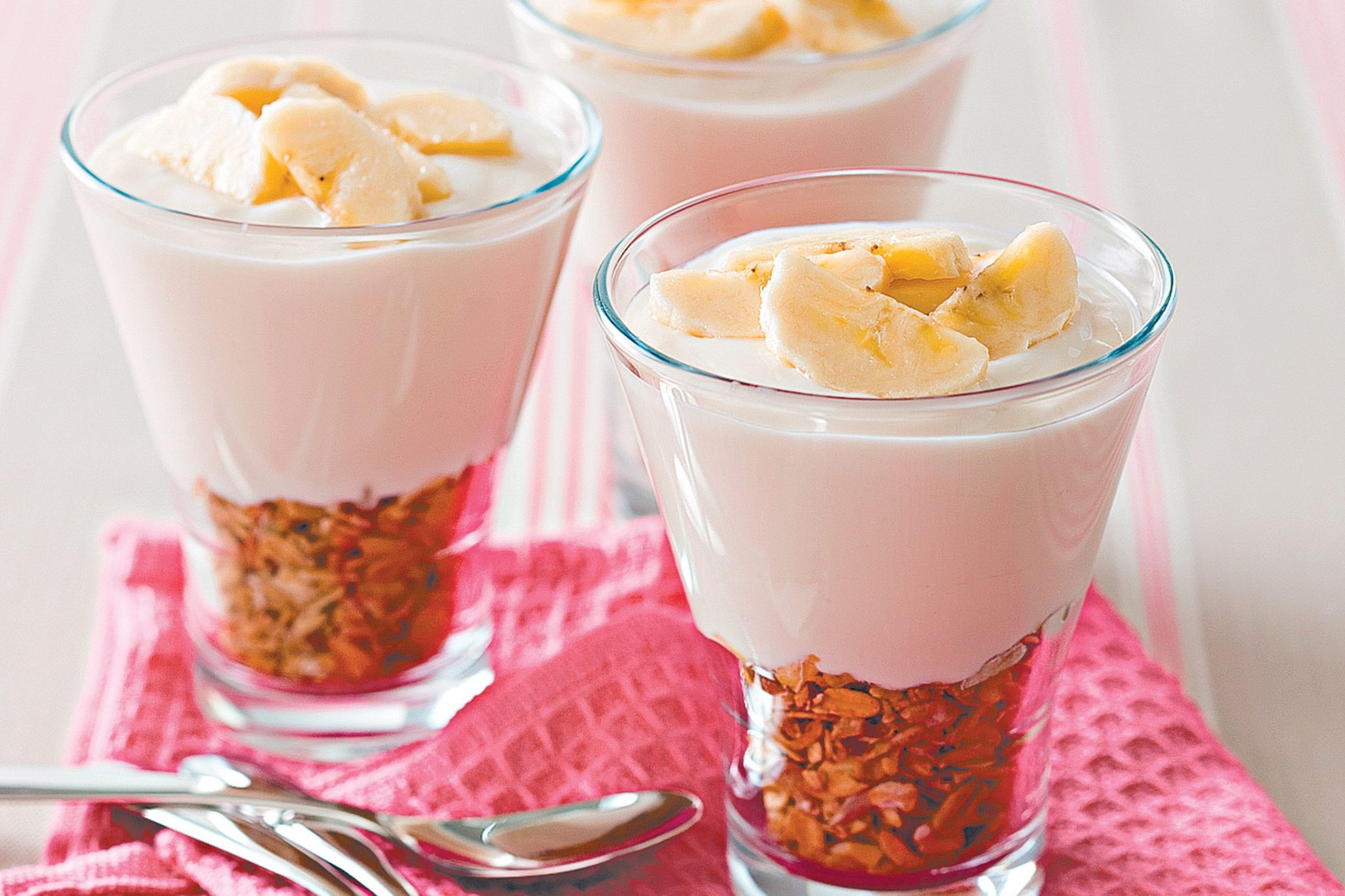 A total of 40 people were surveyed at the University of Leiden in the Netherlands, of whom 20 showed alternations, while the remaining 20 had stable psychology without serious transitions.

The research lasted for 4 weeks and the 20 non-emotional and psychological translocations were asked to consume probiotic supplements in the meantime, while the other 20 people with unstable psychology received specific medication.

RESULT: The analysis of the research data received by the experts showed that the group of people who consumed probiotic nutritional supplements showed a significant reduction in their negative thoughts, both in aggressive mood and depressive behavior.

Yoghurt is Essential in Nutrition … and Why?

Yoghurt is one of the most popular food products and surely a very important dairy product! Its light texture, its digestible and nutritious substance and of course its velvety flavor, make it a nutritional product valuable and suitable for EVERY AGE!

This natural “health” and “longevity” filter is for regular consumption and promises a significant improvement in both the digestive system and the general physical and psychological state of the individual!

In the market we can find many different types of yoghurts, but speaking of huge health benefits we refer to traditional yoghurt (without sweeteners, colorants and other chemicals and additives). 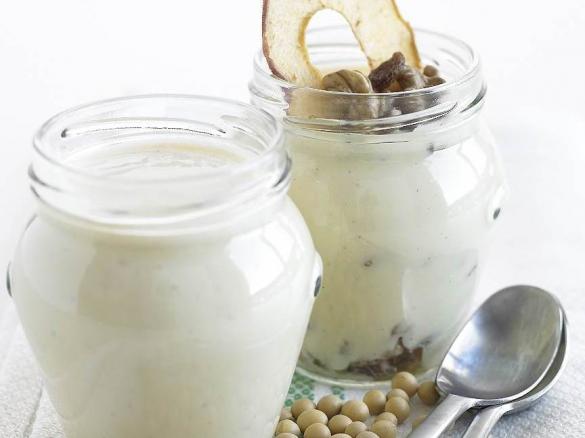 The traditional yogurt prepared by ONLY FRESH MILK (mainly cow’s milk, but in the older years yogurt from sheep’s milk was also popular), in which special lactic acid bacteria cultivations are added helping on clotting and fermentation.

(!!!): These two lactic bacteria – acting together – cause coagulation in the milk, creating the well-known velvet texture of a mousse … that is yogurt!

The action of these two bacteria gives yoghurt its well-known sour taste and viscous texture.

NOTE: The term “live” yogurt characterizes that yogurt that was subjected to no other processing  except the process of milk pasteurization, so that the final product retains LIVE all milk enzymes mentioned above to contain and offer these countless benefits to health (physical and psychological) but also to our line (normal body weight and proper digestive function).

The “live” yoghurt contains many nutrients and (a relatively low) caloric value, offering the body valuable calcium and a large number of proteins of high biological value. It also offers vitamins (vitamin B1, vitamin B2, enough vitamin A and vitamin D) as well as beneficial minerals and trace elements (magnesium, potassium, phosphorus and calcium) and, certainly, the valuable “live” microorganisms resulting from fermentation, to which milk is subjected!

As we have already mentioned, the benefits of regular consumption of LIVE traditional yoghurt (and not various yoghurt desserts marketed) are too many and … we ought to know them!

… Yoghurt helps to suppress various infections, such as E. coli.

… Yogurt protects the stomach from exogenous irritants (such as alcohol and tobacco).

… Yoghurt facilitates the digestion process (especially in people with difficulty in absorbing calcium).

… Yogurt prevents bladder infections such as cystitis (extremely important especially for women with particular sensitivity to such infections).

… Yoghurt is a digestible food that is easily digested by the body and can be consumed safely for dinner (since it takes just 1 hour to digest as opposed to milk that takes 4 whole hours).

… Yoghurt helps fight not only constipation (due to its watery and velvety texture that encourages the labeled bowel to come back into operation) but also diarrhea (due to the bacilli containing and neutralizing all those microbes which cause infection in the gastrointestinal tract and hence diarrhea).

… Yoghurt helps to balance the micro-flora of the intestine, neutralizing harmful micro-organisms and benefiting the growth of healthy microorganisms that favor good gastrointestinal function.

… Yoghurt is a good (and very useful) food for children in general but especially for children who are lactose intolerant and can not consume milk to get the right amount of calcium.

… Yogurt has a low caloric value (as we have seen above comparatively at least with its many benefits) and is also suitable for weight management diet or diet.

… Yoghurt has a strong anti-cancer effect because of its calcium content which, according to scientific studies, can help prevent cancer cells from developing in the colon and rectum.

… Yoghurt prevents the degeneration of the liver.

… Yoghurt has a natural antibiotic effect.

… Yogurt when consumed regularly – according to scientific studies – gives longevity.

… Yogurt is delaying the aging process.

… Yoghurt fights some forms of dermatopathies and helps in the renewal of the cells of the epidermis.

… Yogurt strengthens the bones due to its calcium content.

… Yogurt eliminates the bad breath of the mouth.

… Yoghurt strengthens the immune system and helps in the faster recovery of the disease.

… Yoghurt prevents the absorption of toxins from the body.

… Yoghurt helps – because of the probiotics contained – to destroy some chemicals called foreign oestrogens (these are toxic substances tending to behave like hormones in body), being usually responsible for carcinogenesis.

… Yoghurt is an ideal food for children of all ages – and as pediatricians suggest – could be the basic nutritional element even in a daily nutrition. 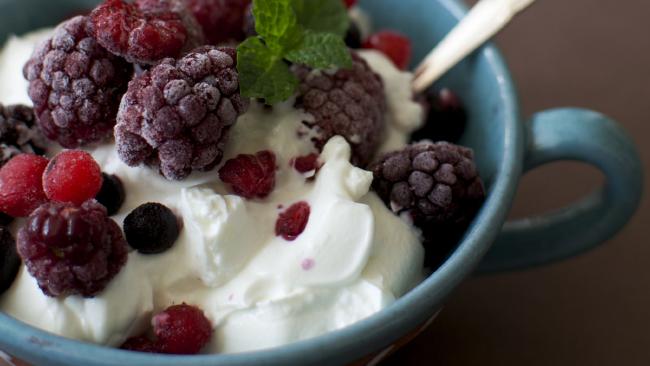 WARNING: According to valid scientific studies, the probiotic elements found in the “live” yogurt are extremely beneficial and can reverse the symptoms of depression!

A study of American scientists conducted in 2013 showed that people who consumed traditional yogurt 2 times a day for 1 month (as long as research lasted) showed significantly lower activity levels in the brain area associated with feelings such as sadness and pain, but also with decision-making!